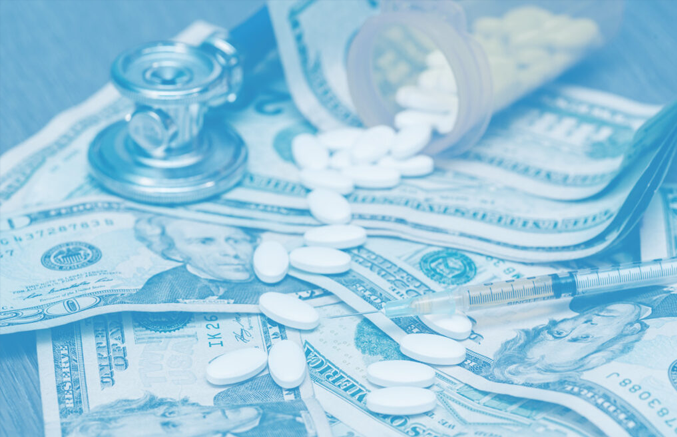 Carl May (2014) proposed the Burden of Treatment Theory, to describe the impact on individual patients of increasing levels of responsibility for self-management of their illness. Cancer treatment is a highly complex process that typically includes many types of diagnostics, procedures, treatments, and medications, as well as many different physicians, specialists, and caregivers. The process of coordinating and attending clinic visits and treatments can be overwhelming in itself. As therapies move more and more toward self-administered oral medications, the patient is expected to bear some additional responsibility for managing their treatment. Carl May describes these responsibilities as a “burden of treatment itself, as [the patients] engage with services and therapeutic modalities aimed at conditions that… must… be managed” (May, 2014, p.2). The Burden of Treatment Theory suggests that some patients may struggle with the expanding array of tasks expected of them and the resulting burdens, which occur alongside the symptoms of the disease itself, as well as the demands of everyday life (May, 2014). As a result, these burdens may accumulate to the point where some patients become emotionally and/or physically overwhelmed, leading to over or under utilization of healthcare services, and potentially to non-adherence with prescribed, self-administered, medications (May, 2014).

As reported in the previous two parts of this series, the literature demonstrates a relationship between financial toxicity and a patient’s adherence to their self-managed oral medications. The high cost of oral anticancer mediations has created a significant barrier to patients receiving proper treatment for their condition, as well as negatively affecting adherence to prescribed therapies. As the burdens of the disease and the burdens of the treatment accumulate, we believe that it is important for the healthcare system to understand what role the rising financial burden plays in overall medication adherence and how to improve patients’ compliance with prescribed treatment regimens.

A significant additional complication and challenge for cancer patients, is the discrepancy in out-of-pocket costs for oral anticancer drugs that are dispensed through a retail or specialty pharmacy under a patient’s prescription benefit plan, compared with anticancer drugs that are infused intravenously (IV) in a hospital or clinic setting. Oral anticancer medication is often reimbursed by insurers using a “tiered” structure that increases the patient’s cost-sharing responsibility as the price of the medication increases. Patients may pay a significant out-of-pocket amount with no annual limit. Health insurance should cover these medications at levels similar to those for cancer therapies administered in the hospital or clinic setting.

A large majority of states have enacted oral parity laws to try and address the cost differences between oral and IV anticancer medications. The first state oral parity law was enacted in Oregon in 2008 (Mancini, 2013). To date, a total of forty-three (43) states and the District of Columbia have enacted oral parity laws intended to limit patient out-of-pocket costs for oral anticancer medications (Chin, 2019). However, state legislation is limited by the scope of regulatory powers within the state’s control and are not able to address the self-insured, ERISA regulated, employer sponsored plans, nor can they address Medicare and Medicare Advantage plans. There is also wide variation in the laws that states do have in place. Broader federal legislation is needed to create a national standard for out-of-pocket costs related to oral anticancer drug therapies, including addressing Medicare and Medicare Advantage plans.

Due to the high cost sharing for prescription drugs in the Medicare Part D program, Medicare beneficiaries are particularly vulnerable to these disparities. Congress needs to address the gap in the Medicare Part D benefit plan design, by amending the proposed legislation,  H.R.1730 – Cancer Drug Parity Act of 2019, to include broader language that includes protections for Medicare beneficiaries. Additionally, the legislation should be broad enough to apply to the commercial Medicare Advantage plans and employer sponsored plans subject to ERISA laws.