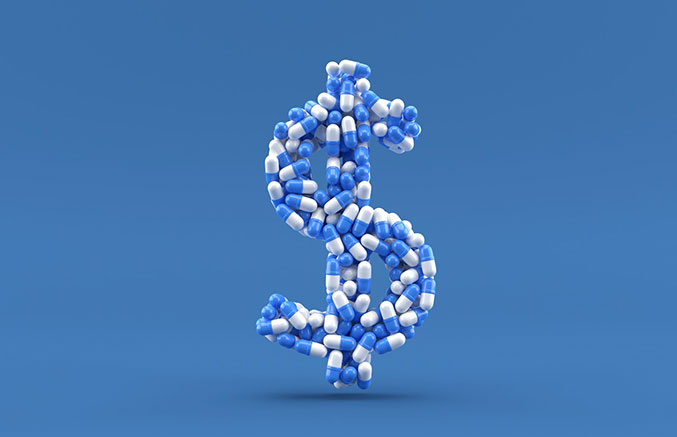 Cancer is the second leading cause of mortality in the United States, next to heart disease, and is becoming one of the most expensive diseases to treat (Gilligan, 2018). The American Cancer Society estimates that 606,520 people will die from cancer in the United States in 2020 (Cancer Facts &amp; Figures, 2020). When the direct costs for cancer care, estimated to exceed $80 billion dollars per year, are combined with the additional indirect costs associated with premature morbidity and mortality, the total annual expenditure for cancer care is estimated to exceed $130 billion (Gilligan, 2018). Zafar (Feb. 2013) reported that the overall cost of cancer care is rising for four primary reasons, including an aging population, significant improvements in treatment, improved access to treatment, and over- utilization.

For the increasing expense, cancer treatments have improved significantly over the last 40 years, with much improved outcomes for 5-year survival. In 1975, a cancer diagnosis came with a projected overall 5-year survival rate of less than a 50% (Hundorfean, 2018). Today, the overall five- year survival rate is close to 70%, and for some disease groups, like breast cancer, the rate is much higher, especially if detected at an early stage (Hundorfean, 2018). The increasing survival rate, combined with the longer-term treatments and persistent symptoms, has for many people living with a cancer diagnosis, regardless of their disease status, meant living with a chronic and complex condition (Phillips, 2010).

The financial burden associated with cancer treatment is a major cause of patient reported distress (Zafar, Apr. 2013). A study by Adrienne Gilligan (2018) reported that 42.4% of newly diagnosed cancer patients each year will deplete their life assets within 2 years of their diagnosis. Additionally, Gilligan (2018) reported that 40%-85% of cancer patients stop working during active treatment, with absences ranging up to 6 months, and that deductibles and copayments for treatment, supportive care, and non-medical costs, may be financially devastating, even with insurance coverage. This financial burden has been associated with several clinically relevant patient outcomes, including poorer Health-Related Quality of Life (HRQOL), increased overall symptom burden, non-adherence to treatment, as well as poorer overall survival, especially within the underserved and socioeconomically disadvantaged populations (de Souza, 2016).

In a survey of colon cancer patients undergoing treatment, 22.7% of patients more than 12 months from their initial diagnosis and 17.7% of patient in their first 12 months, reported being in debt due to treatment-related expenses, with a mean debt from those expenses of $26,860 (Shankaran, 2012). In the same study, patients reported specific financial hardships including withdrawing money from personal savings (29.9%), borrowing money from family or friends (16.5%), reducing retirement savings (15.5%), selling investments (8.1%), refinancing their home (4.2%), and significant declines in income (23.9%) (Shankaran, 2012). Gilligan (2018) also reported that over half of all persons with cancer experienced one or more of house repossession, bankruptcy, loss of independence, or relationship breakdowns.

Zafar (2015) reported on a study conducted by the Kaiser Family Foundation, that found only 53% of households had sufficient financial resources available to pay a lower than average annual deductible of $2,400 per family, and only 45% could afford a higher deductible of $5,000 per family. Zafar (2015) also reported that the average direct out-of-pocket costs, including deductibles, copays, and coinsurance for cancer care were close to $5,000 per year. As cancer becomes more of a chronic disease with treatment continuing for multiple years, even well insured patients are likely to struggle with increasing medical debt (Zafar, 2015).

Many cancer treatments themselves have significant side effects, both short and long term, that add to a patient’s burden of treatment. Some therapies for cancer may cause temporary cognitive impairment in patients’ ability to follow instructions, remember care protocols, and take their medications on time (Lindner, 2014). Lindner (2014) also reported that cancer patients and survivors exhibit a broad range of mild to moderate cognitive deficits in attention, information processing, verbal and visual capacity, long-term and working memory, spatial skills, command of language, and general motor functioning.

In 2008, the Institute of Medicine published a report suggesting that in addition to treatment related cognitive impairments, many patients also report having one or more limitations in their ability to perform the physical, routine activities of daily living, such as bathing, eating, using the bathroom, or walking moderate distances (Adler, 2008). The report stated that approximately 20% of patients who survive 5 years or more have ongoing trouble with standard activities such as carrying groceries and climbing stairs (Adler, 2008). All of these side effects and impairments contribute to a patient’s overall burden of treatment. Due to the complex nature of cancer treatment, many cancer patients also experience challenges and frustrations with the coordination and delivery of their treatments. These challenges frequently include a lack of care coordination among different types of services and facilities, poorly- managed hand-offs between care team providers, and inadequate overall psychosocial support (Clauser, 2011). The Institute of Medicine Report stated that these kinds of ineffective health care delivery issues could compromise the health and wellness of cancer patients, and that when fragmented health care delivery is compounded by low health literacy levels and lack of resources, cancer patients can experience exacerbated symptoms that threaten their recovery, weaken their adherence to treatments, and cause additional suffering (Adler, 2008).

Cancer is a complicated and physically demanding disease to treat that places a wide variety of stresses and burdens on the patient and their family, including physical burdens, coordination of care burdens, and financial burdens, along with all of the normal concerns of daily living. Cancer is generally a disease of older adults, many of whom have other health conditions that they are managing in addition to their cancer diagnosis. As the stresses, demands, and burdens of a potentially life threatening disease accumulate for a patient, this total Burden of Treatment negatively affects a patient’s ability to adhere to their prescribed oral medication plan.

About the Author: Warren Smedley, DSc (Candidate), MSHA, MSHQS, is a Vice President with The Kinetix Group. A long-time oncology administrator, his expertise is in oncology administration, strategy, and care transformation. His doctoral studies are in the adoption and diffusion of new hematology oncology drugs, healthcare marketing, outcomes research, and being a catalyst for healthcare policy that supports the quadruple aim.